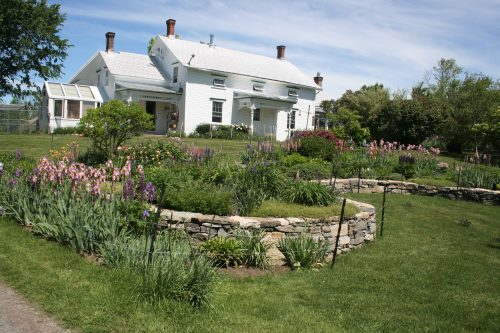 We are Diana Pethick and Jim Beckett and our Rhodesian Ridgebacks. In 1974, when we rented  a house we were asked if we would like to look after a dog, we said yes. At this point Rosie appeared and we met our first Rhodesian Ridgeback. We were hooked and the rest, as they say, is history.

Currently, we live on a property just off Highway 43 in North Dundas, south of Ottawa where we have been since 1990. Once a farm of more than 200 acres which was divided by the previous owner, we retain 5 acres which are fully fenced and secure.

Our Ridgebacks are part of our family and live in the house with us. We enjoy all activities with the dogs, snowshoeing and X-country skiing in the winter, long walks in the woods and surrounding area in the summer. In addition to showing our dogs, Diana has at least two of our Ridgebacks into agility and Rally Obedience.